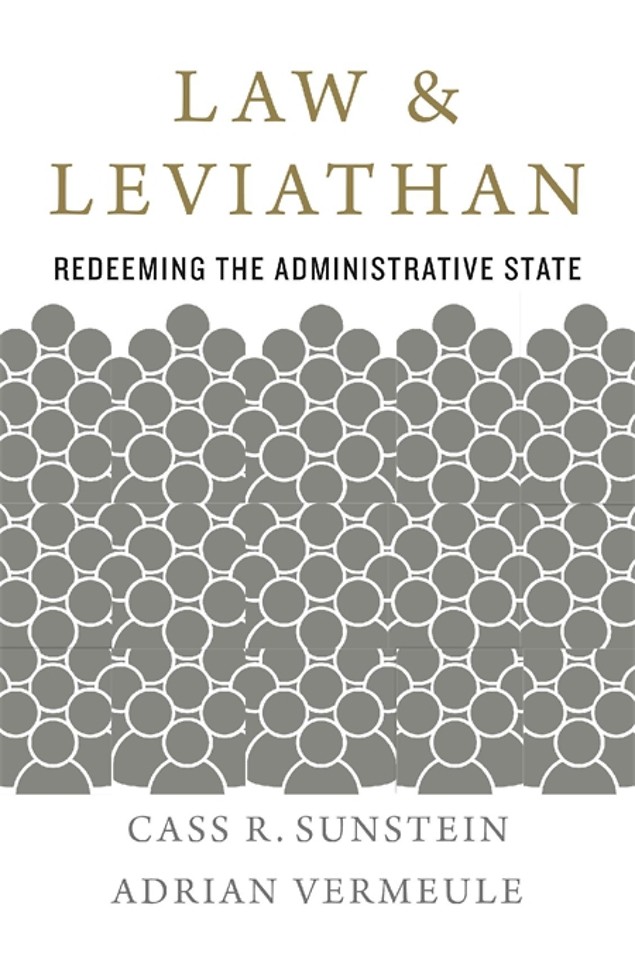 'At no time more than the present, a defense of expertise-based governance and administration is sorely needed, and this book provides it with gusto.' - Frederick Schauer, author of The Proof

'Has something to offer both critics and supporters…a valuable contribution to the ongoing debate over the constitutionality of the modern state.' - Review of Politics

'The authors freely admit that the administrative state is not perfect. But, they contend, it is far better than its critics allow.' - Wall Street Journal

A highly original framework for restoring confidence in a government bureaucracy increasingly derided as 'the deep state.'

Is the modern administrative state illegitimate? Unconstitutional? Unaccountable? Dangerous? Intolerable? American public law has long been riven by a persistent, serious conflict, a kind of low-grade cold war, over these questions.

Cass Sunstein and Adrian Vermeule argue that the administrative state can be redeemed, as long as public officials are constrained by what they call the morality of administrative law. Law and Leviathan elaborates a number of principles that underlie this moral regime. Officials who respect that morality never fail to make rules in the first place. They ensure transparency, so that people are made aware of the rules with which they must comply. They never abuse retroactivity, so that people can rely on current rules, which are not under constant threat of change. They make rules that are understandable and avoid issuing rules that contradict each other.

These principles may seem simple, but they have a great deal of power. Already, without explicit enunciation, they limit the activities of administrative agencies every day. But we can aspire for better. In more robust form, these principles could address many of the concerns that have critics of the administrative state mourning what they see as the demise of the rule of law. The bureaucratic Leviathan may be an inescapable reality of complex modern democracies, but Sunstein and Vermeule show how we can at last make peace between those who accept its necessity and those who yearn for its downfall.

Adrian Vermeule is Ralph S. Tyler, Jr., Professor of Constitutional Law at Harvard Law School. His many books include Law’s Abnegation: From Law’s Empire to the Administrative State and The Constitution of Risk.